Switch to the dark mode that's kinder on your eyes at night time.

Switch to the light mode that's kinder on your eyes at day time.

How To Make Money Collecting And Recycling Plastics

One of the most overlooked natural resources released to mankind is waste.Countries like Finland and Ethiopia has used refuse to power their nations respectively by extracting Bio gas out of it.

This is accomplished when recycling certain types of materials, such as metal cans, which can become a can again and again, infinitely, without losing purity in the product

Recycling is the process of converting waste materials into new materials and objects. It is an alternative to “conventional” waste disposal that can save material and help lower greenhouse gas emissions.

1 . Reduces the amount of waste sent to landfills and oceans.

3 .Conserves natural resources such as timber, water and wildlife.

What is Plastic Recycling ?

Plastic recycling is the process of recovering  waste plastic and reprocessing the material into useful products.

Since the majority of plastic is non-biodegradable, recycling is a part of global efforts to reduce plastic in the waste stream, especially the approximately 8 million metric tonnes of waste plastic that enters the Earth’s ocean every year leaving the ocean exposed to all form of rubbish.

Plastic Collection and Recycling is a very lucrative way to build wealth.

This business is in two phases which involves The collection of plastics itself and setting up a recycling plant or factory.

You can either choose one part of the business or run the two phases simultaneously depending on how capable you are. The startup capital for running a plastic recycling factory is on a high end.

It’s estimated to cost about 25 million Naira ($90,000) to set up a plastic recycling factory.

But for starters and young entrepreneurs who wants to make a living, plastic collection can be a stress free and a cost free place to start, on the long run with dedication and hard-work you can end up owning your own factory.

Plastic Recycling stats You Should Know.

Do you have question about plastic recycling i think this section would help you.

1. More than 1,600 business organizations in the U.S. are involved in recycling post-consumer plastic items..

2. By recycling one ton of plastic wastes, you can save roughly 2,000 pounds of oil, the amount of water used by one person in two months’ time, and two people’s energy consumption for one year.

5. Researchers believe the amount of ocean plastic will be 10 times greater by 2020. And, according to the Ellen MacArthur Foundation, there will be more plastic in the ocean than fish by 2050.

You now see the reason to put more energy into plastic recycling.

6. The plastic waste that is thrown into seas every year can kill as many as 1 million sea creatures.

7. Almost 8 million metric tons of plastic end up in the world’s oceans annually, according to a 2015 study/

8.. Every year, roughly 102.1 billion plastic bags are used by Americans.

Now you can see how profitable this industry can be, lets dive into a more practical step to enable you cash out as an entrepreneur.

5 Top Recycling Nations Of The world.

Just before diving any deeper into what we will be learning and discussing in the section we are going to be looking at the worldwide analysis into recycling by taking a list of the top recycling nations in the world.

According to 2018 figures from the United Nations, 11.2 billion tonnes of solid waste is produced on Earth every year, with this contributing to about 5% of all global greenhouse gas emissions.

Germany leads the world with about 56% rate in recycling, In 1990, Germany conducted a packaging audit to help counteract the potential rise of landfill problems.

To help prevent this, policymakers made producers responsible for the packaging waste they developed.

Germany, meanwhile, leads the pack with a 65% recycling rate, which has risen 16% since 2000. Germany is so good at recycling for a couple of reasons.

First, the country has gone to considerable lengths to standardize recycling containers throughout the country.

There are color-coded containers all throughout the country that people adhere to. Second, Germans enjoy recycling and the sense of civic virtue it bestows.

A culture of environmental sustainability reigns in the country.

Another nation that values the need for recycling is Austria with just about 38% recycling rate.

The country has a blanket ban on certain waste types going to landfill.

Any product that has a total organic carbon emission rate of more than 5% is banned, which in effect prevents any packaging from ending up in the ground.

The Asians top the first three in the world with about 53% rate.

It has enjoyed success until now with a system in which privately-run companies collect the waste and sell it on for profit.

However, this is due to change soon after near-neighbor China altered its own environmental policy.

Recycling rate in Wales lies about 53% , It’s the smallest country on the list but Wales is flying high when it comes to its 52.2% recycling rate recorded in 2018.

Due to constitutional rules set out by the country’s devolved government, its policymakers have a statutory duty to help promote sustainable development.

Like the rest of the UK, recycling in Wales is operated by local administrations.

One of the keys to the recycling system in the country, which is hailed by many as one of the best in the world, is due to its “polluter pays” policy – in which households and businesses pay for any non-recycling waste they produce.

How To Make Money from Plastic Recycling

1. Identify the right kind of plastic

The kind of Bottle commonly used for recycling processes in Nigeria is Polyethylene Terephthalate (PET) .These are the common plastic bottles that you see on a daily basis.

PET bottles are majorly used because, they are the easiest to recycle.

PET bottles as mentioned in the above paragraphs are the most readily available and can be gotten anywhere around your surrounding and a perfect example and strategy to deploy to acquire these bottles are.

Just get creative, you don’t necessarily have to be the one to pick these things yourself, the above mentioned spots are great places for generating plastics.

3. Partner with a recycling Company

Now that you have identified your prospective recycling company the next step would be to propose your service to them, sign and agreement and negotiate price.

In most cases as a plastic collector you can have more than a single recycling company at hand, make sure to properly find out and explore your options

Next in line you need to consider transportation and many other factors.

Transporting the plastic bottle wastes from various pick up sites to your personal dump site, and finally the recycling company’s factory, also carries its own cost.

Transportation could reduce or completely eliminate your potential profit if not handled well. But hey, there’re ways to still transport and make huge profits.

plastic bottle recycling for money near me

If you sort and clean the plastic bottles before you deliver it, the amount you’d be paid goes a little higher which can amount to 25 to 30 Naira Per Kg.

Baling and cutting machine to compress the plastic bottle wastes to smaller sizes also attracts more pay and can yield over 65 to 75 Naira per kg.

Other ways to make money recycling.

It comes with a boost of happiness and satisfaction since you prevent things from ending up in landfills, break the waste cycle, and promote a sustainable and eco-friendly lifestyle.

Here are other ways to make money recycling.

Most times we Laugh when we see our Northern brother hustle so hard getting all the pieces of waste in form of metals they can gather in a day, we would be surprised that these scavengers are even more wealthier that even a proper Nigerian graduate with a full white collar job.

Metals that are being scavenged are melted and reused into something of economic value which can be resold for a higher amount.

Most industries depends on Iron sheet as a major source of raw material.
So therefore they are willing to pay you any amount to source for these raw material for them.

Waste recycling is process which deals with the conversion of refuse and dumps into something useful with the sole aim of reuse ability.

Waste recycling involves waste processing which deals with the separation and preparation of waste for other use.

So therefore we have two kind of waste which are Organic and Inorganic waste.

For starters, Biogas refers to a mixture of gases produced by the decay or fermentation of organic waste (like sewage, kitchen waste, animal manure, food scraps and plant material) – Smallstarter.

Biogas has a whole lot of uses most of which have been tapped into by developed nations as Green energy.

In acual words Biogas is energy from the waste

Nations like Finland and Ethiopia In Africa generates large amount of energy to power their countries electricity from Biogas.

Also other sources of green energy has also been generated and created from Bio Gas.

Compost is a major source of natural fertilizer which farmers are more than happy to have and prefer to artificial fertilizer.

Because natural fertilizer is preferred to artificial fertilizer, farmers are willing to pay you if you can maintain a steady supply of compost.

This business holds so much potentials that when you understand the benefits of compost to agriculture, You will develop hatred for people who loves disposing their waste in an unethical culture.

You will need all the organic waste you can gather to go fully into the production of Compost.

One of the most overlooked natural resources released to mankind is waste.

Countries like Finland and Ethiopia has used refuse to power their nations respectively by extracting Bio gas out of it. 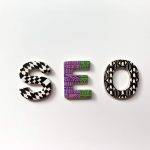 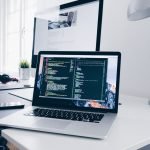 Sorry. No data so far.

Don’t miss out on new posts

Hey Friend!
Before You Go…

Get the best viral stories straight into your inbox before everyone else!