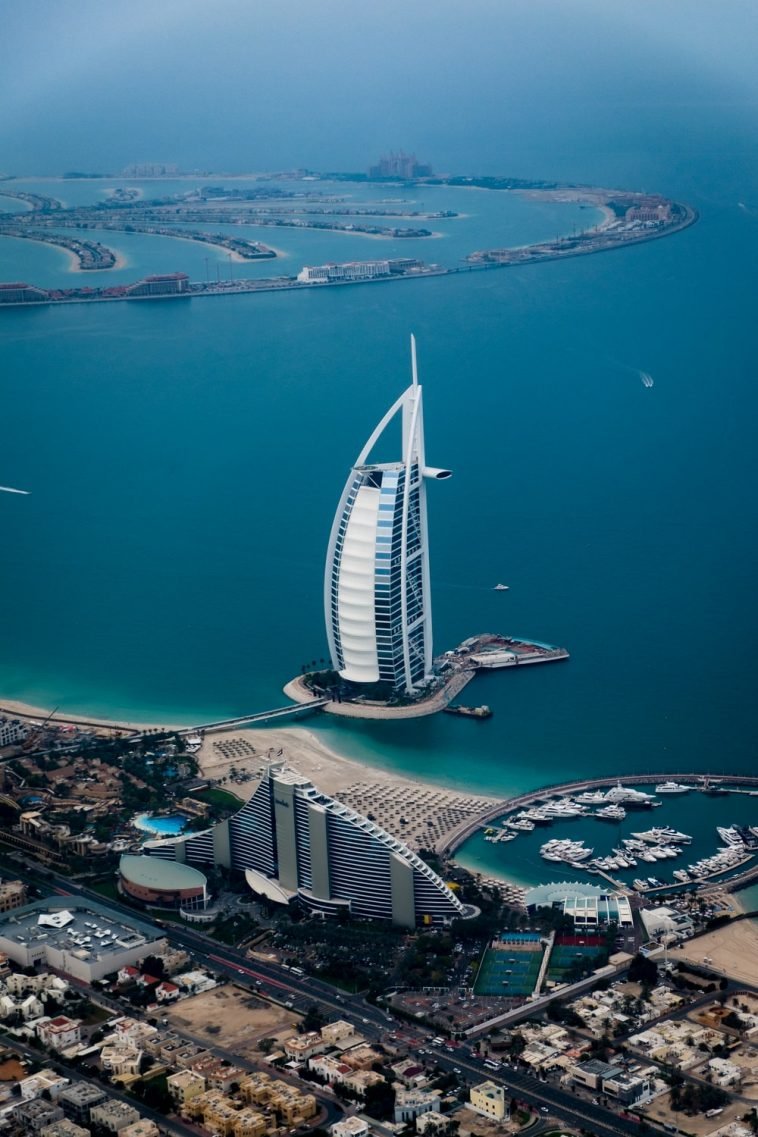 The United Arab Emirates is one new destination in the world that is taking the lead when it comes to innovation in the 21st century.

Long before now, it was just a desert with little or no natural resources, I even watched a documentary recently to realize that there is no natural groundwater in The United Arab Emirates, the only natural water they have is salty and is not suitable to drink, They had to go about this problem using scientific innovation.

When you think about the United Arab Emirates, I am sure that the very first place that comes to your mind is Dubai, which is the most sophisticated city in the middle east.

A lot has been attributed to this city right from culture, advanced Tech, Innovation, wealth and lifestyle.

In this article, I am going to be breaking down bits by bit all the necessary knowledge that you need to know about Dubai.

The UAE consists of seven emirates and was founded on 2 December 1971 as a federation. Six of the seven emirates (Abu Dhabi, Dubai, Sharjah, Ajman, Umm Al Quwain and Fujairah) joined on that date.

The seventh, Ras al Khaimah, joined the federation on 10 February 1972. The seven sheikdoms were previously known as the Trucial States, about the alliance relations settled with the British in the 19th Century.

Artefacts discovered in the UAE show a history of human habitation, movement and trade spanning over 125,000 years. It was also discovered that the area was earlier home to the Magan people identified to the Sumerians, who patronised with both seaside towns and bronze miners and smelters from the interior.

It has also been found that Dubai was an area closed with sand about 5,000 years ago as the beach retreated inland, growing part of the city’s present coastline.

Before Islam became the official religion of the people of Dubai too, the people in this region revered Bajir. After the spread of Islam in the region, the Umayyad Caliph of the eastern Islamic world attacked south-east Arabia and drove out the Sassanians.

What Kind Governmental Constitution Is Used In The United Arab Emirates?

The United Arab Emirates exercises a constitutional monarchy. Dubai has been governed by the Al Maktoum family since 1833. Dubai citizens participate in the electoral college to vote delegates to the Federal National Council of the UAE.

The ruler, His Highness Sheikh Mohammed bin Rashid Al Maktoum, is also the Vice-President and Prime Minister of the United Arab Emirates and member of the Supreme Council of the Union (SCU)

Dubai elects 8 members in two-term periods to the Federal National Council (FNC) of the UAE, the supreme federal legislative body.

What Type Of Visa are Issued In The United Arab Emirates?

In this section, I am going to be elaborating more on other visas, being issued by the United Arab Emirates.

A business visa is a piece of the Golden Visa system under which immigrants can get a long-term visa for themselves and their dependents. It aims to generate an engaging environment for businesses and the UAE’s economic development.

Professionals from any country with entrepreneurial knowledge are qualified to apply for the business visa. An eligible entrepreneur is anyone who has set up a business of his own at some point in his career and wishes to do so again in the UAE.

A tourist visa is for those who are not eligible for visa on arrival or a visa-free entry to the UAE. A tourist visa can be acquired for qualified single tourists from around the world.

A student visa is allotted to emigrant students who are over 18 years and living in the UAE. Exceptional students can get a long-term visa of 5 years.

When People talk about the United Arab Emirates all that comes to their mind most times in Dubai, because of the high level of development, there are still other cities with a lot of exciting kinds of stuff to show for.

The Burj Khalifa is one of the United Arab Emirates most prominent buildings and the soaring monument of Dubai. Not only is it the world’s most towering building, but it claims to the privileges of the tallest freestanding building in the world, the highest observation deck in the world, and elevator with the highest cruising distance in the world.

A visit here is a must on any Abu Dhabi route. With its galleries designed with excessive amounts of gold, mosaic tiles, and glass work and large quantities of marble, and its outside of blindingly white stone varying dramatically under the Emirati blue sky.

The Hajar Mountains are a meadow in Northern Oman extending along the northern coast of Oman, from southwest of Muscat to the United Arab Emirates.

Temperatures in the higher altitudes tend to be on average 10-15°C cooler than Muscat, and snow, although very rare, is not unknown. In summer the mountains offer a haven for those looking to avoid the heat baking the rest of Oman and the Arabian peninsula.

Whether you are inspired by the early history, the great Empirical ages, or modern art, you will find the museum displays interesting.

The UAE’s most towering peak, Jebel Jais is part of the dramatic Hajar mountains that were created over 70 million years ago in the eastern part of Ras Al Khaimah, United Arab Emirates and Oman. Mounting at 1,934 m above sea level.

The museum is distinguished for its combination of works by Arabic artists and also for its great pieces by European artists who trained in painting the Arab world. The museum is also regarded for its program of brief exhibitions during the year.

It was previously a camel farm. Today it’s a sanctuary for numbers of plant and animal species. The only way to travel the park is with one of the reserve’s recommended tour operators.

They offer a variety of diverse experiences including resort stay, camel treks, archery, falconry displays and SUV journeys over dunes and through the desert terrain

Most people plan a desert day trip from Dubai, but Abu Dhabi and Fujairah are also pleasing bases for desert sightseeing. Bedouin-style dinners are a more flexible option if you want to face the empty beauty of the desert.

There is a beach for everyone in the United Arab Emirates. From the city beaches beside the coast of Dubai, with their high background, and Abu Dhabi’s golden sand beaches along its coastline, to the luxury sweeps of sand around Ajman and the wilder beaches of the Emirate of Fujairah, you have plenty of options.

Many luxury hotels in Dubai and Abu Dhabi have private patches of sand, which non-guests can use for a day but not for free. Water-sports such as diving, Jet Skiing, stand up paddleboarding, and snorkelling is also possible at many resort locales.

The Burj Khalifa may give you that legendary skyline view from up high, but the most iconic Dubai views are still taken from the water.

Dubai Creek slices through the city, and the best way to experience Dubai is from one of the beautiful dhows that move through the creek.

Al-Bidyah Mosque is a traditional mosque in the Emirate of Fujairah, the United Arab Emirates. It was the earliest known mosque in the land, before the discovery in September 2018 of the wrecks of 1000-year-old mosque documentation back to the Islamic Golden Age.

Although modest in proportions, this adobe building was tastefully designed, with its original airing wave patterns in the walls still noticeable. The whole neighbouring area is an archaeological site, where numerous pottery and metal artefacts have been unearthed.

Mind-Blowing Facts That You Never Knew About The United Arab Emirates.

The United Arab Emirate is one of the very wonderful nations in the world, The most amazing things about this place is the level at which they are rapidly evolving into a 21st-century nation designed to compete with most third-world countries.

1. Do you know that Nearly all of the water drunk in the UAE is desalinated seawater. In other words, water is scarce in this part of the world and The UAE has no permanent rivers and very little fresh groundwater.  Researchers are investigating alternative technologies, including the use of renewable energy. At the same time, programs like Waterwise in Abu Dhabi are urging citizens to lessen water waste.

2. The UAE, which was officially established in 1971, and it was initially is a federation of seven emirates. Abu Dhabi, the largest of the emirates, is the federal capital of the UAE.

3. Abu Dhabi’s Sheikh Zayed Mosque is home to the world’s largest carpet. The handwoven carpet beautifies the mosque’s main prayer room. The rug, with its 2.2 billion hand-tied knots, includes over 60,000 square feet. Some 1,200 artisans operated on the rug in pieces for over a year and a half, finishing it in the year 2007.

4. The UAE is a principal exporter of oil, it also has invested a lot in solar power, after it signed the Paris Climate Agreement.

The Abu Dhabi Water and Electricity Authority lately declared that it has obtained over $872 million in funding to create the world largest solar power plant.

Ferrari World established this facility in 2010. According to the World Travel Awards, in 2016 it was the Middle East’s trending tourist attraction. Riders of the Formula Rossa speed along at 149 miles per hour and feel the same g-force as racecar motorists.

6. Recently, an eight-million years old crocodile skull was found in Abu Dhabi’s Al Gharbia desert.
Unearthings have encouraged scientists to learn more about the Arabian Peninsula during the Miocene Epoch, which traversed from about 5 to 23 million years ago.

7. The world tallest building, Burj Khalifa stands over a half-mile high. The construction has over 160 stories, which rise to 828 meters. Burj Khalifa is not only the world’s tallest building, but it’s also the most towering free-standing structure in the world with the most stories, highest observation deck, highest busy floor, and elevators with the longest distance to travel.

8. The Dubai police operate one of the fancy cars in the world including a fleet of Lamborghinis and Ferraris. The city lately added top Italian cars to its fleet.

Udemezue John is a web developer, digital marketing expert, and a Serial Entrepreneur.

He Started his digital marketing career at a Health and Wellness network marketing company where he learnt to create paid Facebook ads and Google ads.

He brings a unique, uncensored approach to his travelling experience and writing.

His work is published in major publications on Medium.com, and many others.
Udemezue John started my journey as a digital nomad in the year 2013 after completing his high school, to seek financial freedom, and also to help small and large scale business seek the financial freedom they need.
This is more reason why he started this blog and also started his digital marketing company called Inspire Africa.

Life is to be enjoyed. You can connect with me on twitter Twitter.com/_udemezue 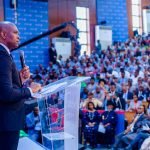