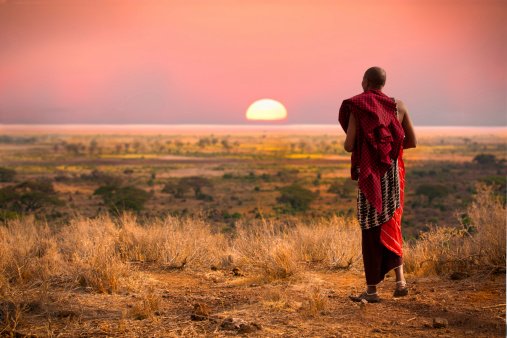 Africa remains the only continent in the world that has had both the good, bad and ugly sides of history despite being blessed with an abundance of natural resources, raw materials, precious metals, and fertile soil.

Despite being riddled as poor, Africa holds approximately 30% of the world’s known mineral reserves with the most significant resources being gold, diamonds, cobalt, uranium, oil and gas reserves.

Africa comprises more than 54 countries, with over 1,3 billion people, producing $3 trillion in nominal GDP as of 2022.

With consistent growth and improvement, it is estimated that the African economy will reach a GDP of $29 trillion by the year 2050, playing a major role in the global economy.

The largest drivers of the economy are agriculture, services, natural resources, and trade. Africa has a lot of potentials to become an economic superpower like every other continent in the world that has experienced growth.

This article has been written to compare the wealthiest African nations based on their Gross Domestic Products (GDP).

The GDP is the total of all value added created in an economy. Gross domestic product (GDP), can also be said to be the total market value of the goods and services produced by a country’s economy during a specified period.

It includes all final goods and services—that is, those that are produced by the economic agents located in that country regardless of their ownership and that are not resold in any form.

One way gross domestic product (GDP) is calculated—known as the expenditure approach—is by adding the expenditures made by those three groups of users. Accordingly, GDP is defined by the following formula:

The GDP of a country determines the revenue that will be generated by such a country.

What are the Richest Countries in Africa Based on GDP?

Africa’s growth fundamentals are also improving than it used to be. There is a gradual shift towards investments in manufacturing, building a robust service sector and net exports.

Here is a full list of the richest countries in Africa based on GDP.

Nigeria is a country in west Africa with a population of over 200 million citizens and a GDP of just over $510 billion, Nigeria holds the position of the richest country in Africa.

The sizeable GDP is mainly driven by finance, transport, infrastructure, tourism, and an abundance of crude oil.

The country records around 1.8 million barrels of crude oil a day, according to OPEC, making it the largest exporter of crude oil in Africa.

Nigeria also has an abundance of raw materials and natural resources, contributing to the region’s wealth.

The large population have helped to propel Nigeria as the largest consumer retailer in Africa and the digitally aware residents have contributed to the country’s fast-growing tech sector.

Nigeria remains the number one producer in terms of GDP output on the continent and Africa’s wealthiest country.

I wrote a comprehensive guide on this blog on businesses you can start in Nigeria. Check out the link to the article to learn more.

Followed by Nigeria Egypt, a country in North Africa. With the most recent GDP of more than $400 billion, Egypt now holds the second spot on this rich Africa list.

The government recently concluded an economic reform program alongside the IMF aimed at reforming and bolstering the economy.

The country has also seen unemployment levels fall, an improvement in foreign exchange reserves, higher export of goods and services, and a boost in its tourism sector.

Followed by Egypt is South Africa, which used to be the largest economy in Africa for a very long time but slowed down due to political and global turmoil have hindered its ability to meet its full potential.

South Africa has a good mix of mining, manufacturing, financial services, and tourism. It is also abundant in natural resources and raw material exports the likes of gold, diamonds, platinum, coal, and iron ore.

It is one of the world’s largest exporters of these commodities, particularly gold and platinum. The country is world-renowned as a major tourist destination which plays a major part in its economy.

I wrote a comprehensive guide on how to make money online in South Africa. Check out the link to the article below to learn more.

Algeria is another giant economy in Africa with more than $193 Billion in GDP. Crude oil reserves are abundant in this developing Saharan country and the economy is heavily reliant on them.

A recent discovery of more crude oil reserves has boosted this rapidly growing industrial country. Other sectors that make up the Algerian economy include agriculture, industrial works, commercial services, and construction. The country is also one of the largest suppliers of Ammonia in Africa.

The economy of Morocco is driven by mining and manufacturing. 30% of Morocco’s GDP comes from industry, 15% from agriculture, and 55% from services.

Morocco relies heavily on its agriculture and is the third largest producer of phosphorus in the world.
The country has benefited greatly from its diversified exports, not limited to electrical equipment, vehicles, and vehicle parts. Additionally, the telecom and textile industries bring a lot to the economy.

Angola’s economy is built on oil, with large reserves of natural gas and oil, making up over one-third of its GDP.

The production and export of crude oil contribute significantly to foreign exchange. 90% of the nation’s revenue in the export sector comes from the sale of crude oil.

Agriculture is also expected to become an important sector of the economy going forward. Since the civil war ended in Angola in the year 20220, there has been working on both political and structural reforms alongside the IMF and the World Bank.

Since then, the country has experienced one of the fastest-growing economies in the world and become one of the richest African countries.

Kenya remains a gem in Africa because of its amazing landscapes and wildlife. Kenya is the next on Africa’s richest country list, with a GDP of more than $100 Billion.

Fast growth was also experienced in the tourism, financial services and technology industries, while petroleum comprises a significant part of its foreign exchange.

I wrote a comprehensive guide on how to start an online business in Kenya. Check out the link to the article below to learn more.

Agriculture is the region’s most promising resource, making up over 40% of the GDP, 60% of exports, and more than 80% of total employment.

The stable annual growth, something that very few African have managed, has begun to attract foreign investment.

Tanzania just makes this list of wealthiest countries on the African continent With a GDP of over $75 Billion.

Also Known as the home of some of the continent’s most famous national parks and of course Kilimanjaro, the country comprises a lower-middle mixed-income economy.

The country’s economy is largely based on agriculture, contributing almost 25% to GDP, and employing half of the workforce.

Industries are a growing component of the economy, which accounts for almost 30% of GDP and includes mining, manufacturing, construction, electricity, natural gas, and water supply.
The main exports include gold, coffee, cashew nuts, and cotton.

Ghana, one of the very promising countries in West Africa, has an economy that is both diverse and rich in resources.

The country was the first in sub-Saharan Africa to break free from colonial rule with heroes such as Kwame Nkrumah and the like.

The nation has attracted foreign investment due to its overall positive business environment, and experienced economic growth of just over 6% in the last two years.

Services contribute to around 50% of the Ghanaian GDP and employ almost 30% of the workforce. The industry is the next biggest contributor to GDP at just under 25%, followed by agriculture.

Gold is the country’s main export. Other major exports include cocoa beans, timber, and gold.

I wrote a comprehensive guide on how to start an online business in Ghana. Check out the link to the article to learn more. 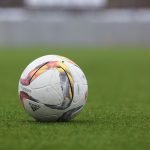 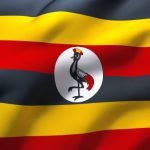